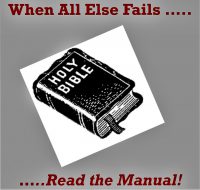 Dr. Bill Creasy, author and lecturer, is fast becoming the most dynamic, comprehensive and in-depth Bible teacher of our generation.
After serving six years in the United States Marine Corps, Dr. Creasy received his Bachelor of Arts degree from Arizona State University in 1974, summa cum laude, his Master of Arts Degree from Arizona State University in 1976; and his Ph.D. in English Literature from the University of California, Los Angeles, in 1982. He retired from the UCLA English faculty in 2005 after serving more than twenty years.
For many years he taught a year long, 12-unit undergraduate course, “The English Bible as Literature.” It became one of the most popular and highly rated courses at UCLA, placing Dr. Creasy among the top two percent of UCLA’s teaching faculty. Dr. Norman L. Geisler and Ralph E. MacKenzie, in their book “Roman Catholics and Evangelicals” (Baker Academic Press, 1995), call Dr. Creasy a “Bible teacher extraordinaire,” and the San Diego Union-Tribune has dubbed him the “Garrison Keillor of Bible Study.”

Among his many scholarly achievements, Dr. Creasy’s book, “The Imitation of Christ, a New Reading of the 1441 Autograph Manuscript” (Mercer University Press, 1987) has been hailed as the standard translation of this Latin spiritual classic; in its trade edition, it also became a best seller, being chosen as a Book of the Month Club alternate selection (December, 1995). It is now in its eleventh printing, and a new edition has recently been released in hardback.

Dr. Creasy has been chosen as an honorary Mortar Board member at UCLA; he has been appointed as a member of the Archdiocese of Los Angeles Spirituality Commission; and he has served as Scholar in Residence at Sinai Temple in Los Angeles, the first Christian academic to hold that appointment. The San Diego Ecumenical Council has also honored him for his teaching and his work in ecumenism. Dr. Creasy has spoken at countless professional gatherings, and he has served as keynote speaker at such functions as the Episcopal Bishops’ Conference.

Dr. Creasy is also an avid scuba diver, mountain climber and adventurer. In the scuba diving world he is an Instructor Certifier, technical diver and cave diver; as a mountaineer, he has climbed in both the United States and Africa; and as an adventurer, he has led diving expeditions to the Aegean Sea, the Egyptian Red Sea, the Caribbean, Fiji, the sunken Japanese 4th naval fleet of Truk Lagoon, and the underwater cave systems of North-Central Florida.

Dr. Creasy brings to his teaching not only a profound commitment to the Word of God and rigorous academic standards, but a zest for life and adventure that animates and enriches his writing and presentations.
Please view this very informative video that was filmed at OMC https://www.logosbiblestudy.com/audio.html