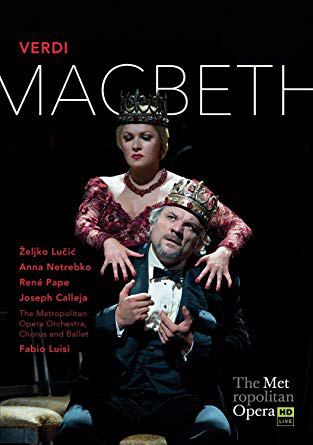 Verdi’s characters are much more vivid and dramatic because of his music than the original.

Star soprano Anna Netrebko created a sensation with her riveting performance as the malevolent Lady Macbeth, the central character in Verdi’s retelling of Shakespeare’s tragedy. She is joined by Željko Lučić, who brings dramatic intensity and vocal authority to the title role of the honest general driven to murder and deceit by his ambitious wife. The great René Pape is Banquo and Joseph Calleja gives a moving performance as Macduff. Adrian Noble’s powerful production provides an ideal setting for this dark drama, which is masterfully presided over by Met Principal Conductor Fabio Luisi.